Disney Is Taking Us Deeper Into The Grid! 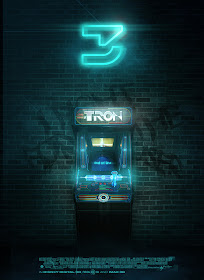 Flynn Lives! Ok well we don't really know that for sure but at least the Tron franchise is taking a big leap forward.

Disney is apparently in negotiations with writer Jesse Wigutow to write the latest revision of the script. The early draft was written by David DiGilio.

Joseph Kosinski, who directed Tron Legacy, is still attached to direct this sequel.

If the film gets greenlit, I wouldn't expect them to start filming until late 2013 or early 2014 with a probable release date in 2015!

Hopefully we will be taking one trip into the Grid!
Sasaki Time at 9:39 AM
Share